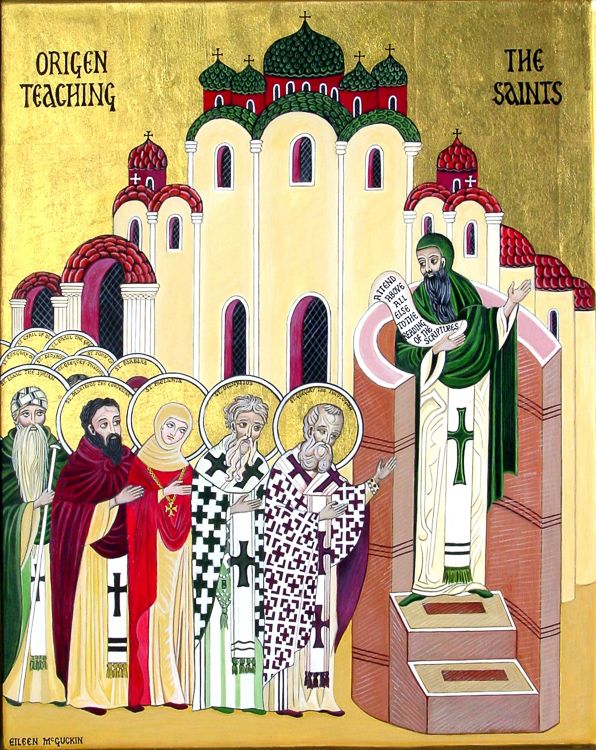 Ask where and when the Eastern Orthodox Church condemned universalism and one inevitably hears mention of the Fifth Ecumenical Council, the Second Council of Constantinople (553 CE). It was here that the great Christian scholar, Origen of Alexandria, and several of his teachings, including his alleged belief in universalism, was anathematized. Thus one need only look to this council to demonstrate that universalism is heretical.

Now, it may be the case that adherence to universalism is erroneous for myriad reasons ranging from the text of the Bible itself to the liturgical traditions of the Church, but can The Fifth Ecumenical Council (referred to as Constantinople II for the duration of this article) rightly be included among these reasons?

Studying the developments of Constantinople II with the supposed universalist condemnations in mind reveals several peculiarities. First, the primary impetus for convening the council had nothing to do with Origen or his teachings. Rather, the Church faced a dilemma regarding how to best answer Nestorius and his supporters in the School of Antioch, who advanced a controversial christology involving a radical distinction between Christ’s humanity and divinity. One wonders why Origen, a man associated with a different Christian school and three hundred years removed from this dispute, would have been introduced to the conversation.

The second oddity involves Origen as person. Though his was indeed a divisive legacy by the fourth century CE, he was nevertheless regarded as a masterful scholar who had suffered on behalf of his Christian convictions and lived an exemplary life. Furthermore, he counted among his friends and devotees some of the most beloved and influential saints of the Church, including St. Athanasius of Alexandria and the Cappadocian Fathers, St. Gregory of Nyssa, St. Basil of Caesarea and St. Gregory Nazianzen. It is difficult to find other instances wherein such an influential church scholar was condemned by an ecumenical council posthumously, and so long after his death.

Third, and perhaps most damning, the official anathemas from Constantinople II, those sent to and agreed upon by Pope Vigilius make no mention of Origen. In fact, many scholars are in agreement that the fifteen anathemas against Origen did not originate at Constantinople II but at a local synod a decade prior in 543. Nevertheless, some claim that these anathemas were reaffirmed by Constantinople II, thus granting them authoritative status. This claim, however, maintains a dubious status among scholars. For instance, Richard Bauckham is doubtful that Constantinople II had anything negative to say about universalism (“Universalism: a historical survey”, Themelios 4.2 (September 1978): 47–54.).

At the least, one is pressed to concede that the anathemas against Origen are disputed on persuasive grounds. However, even if one concedes that the Fifteen Anathemas are rightly bound to Constantinople II, it does not necessarily follow that universalism has been condemned. Orthodox scholar Augustine Casiday notes that “… we need to think of the anti-Origenist canons as the rejection of this system as a whole, each denouncing one of its particulars.” In a similar vein, Orthodox Metropolitan Kallistos Ware notes:

Now, as we have noted, the first of the fifteen anti-Origenist anathemas is directed not simply against Origen’s teaching concerning universal reconciliation, but against his total understanding of salvation history—against his theory of preexistent souls, of a precosmic fall and a final apocatastasis—seen as a single and undivided whole. Suppose, however, that we separate his eschatology from his protology; suppose that we abandon all speculations about the realm of eternal logikoi; suppose that we simply adhere to the standard Christian view whereby there is no preexistence of the soul, but each new person comes into being as an integral unity of soul and body, at or shortly after the moment of the conception of the embryo within the mother’s womb. In this way we could advance a doctrine of universal salvation—affirming this, not as a logical certainty (indeed, Origen never did that), but as a heartfelt aspiration, a visionary hope—which would avoid the circularity of Origen’s view and so would escape the condemnation of the anti-Origenist anathemas. (“Dare We Hope for the Salvation of All,” in The Inner Kingdom, pp. 199-200)

Finally, even if one holds that the Fifteen Anathemas stand, and among these is included a condemnation of Origen’s universalism, pressing questions remain, especially regarding what one is to make of universalist saints like St. Gregory of Nyssa and St. Isaac the Syrian.

A special thanks to Fr. Aidan Kimel, from whom I drew inspiration and content for these articles.

For further reading on the Orthodox Church’s relationship with universalism, I recommend the following:

1. “Apocatastasis: The Heresy that Never Was” by Fr. Aidan Kimel

5 thoughts on “Is Universalism a Heresy? – Part II: The Fifth Ecumenical Council and Universalism”

WE STAND WITH UKRAINE

A vow of conversation
Frontier Ruminations

This blog discusses a variety of topics: historical, religious, political, social, theological, philosophical, and more. The goal of the blog is to discuss beautiful ways of life that lead to a more authentic existence.

An exploration of Mormonism and Eastern Orthodoxy

"To see the good truly is to desire it insatiably; not to desire it is not to have known it, and so never to have been free to choose it." ~ David Bentley Hart

Glory to God for All Things

Orthodox Christianity, Culture and Religion, Making the Journey of Faith